All You Need To Know About Isothiocyanate

Home › Blog › Chemical › All You Need To Know About Isothiocyanate 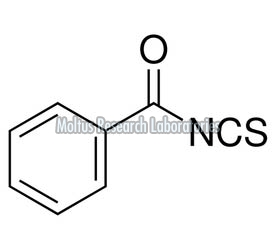 Presence of isothiocyanate in nature
Isothiocyanateis found widely in nature and has become quite popular in the field of science and medication related to food products. Vegetable foods gain certain kinds of special flavors due to the presence of isothiocyanates. The food products which contain these compound includes wasabi, radish, horseradish, Brussels sprouts, mustard, capers, watercress, nasturtiums, and papaya seeds. The plants of these vegetable foods are those species which generate isothiocyanates in different amounts.
As they produce similar kind of isothiocyanate, although different in being, they have a similar kind of flavor. For example, all the members belonging to the order of Brassicales are classified and characterized on the basis of how glucosinolatesis produced. Myrosinase, which is an enzyme, is produced and it acts on glucosinolates which result in the formation or release of Isothiocyanate & thiochloroformate.

This entry was posted on September, 12, 2020 at 13 : 07 pm and is filed under Chemical. You can follow any responses to this entry through the RSS 2.0 feed. You can leave a response from your own site.