Isothiocyanates – Know Why It's Important 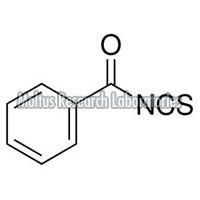 Distribution of Isothiocyanates
These are found in several vegetables such as cauliflower, broccoli, turnips, kale, etc. These are all cruciferous vegetables. Glucosinolate is the precursor of these isothiocyanates. When the raw vegetables are chewed, the cells in these plants are broke and an enzyme hydrolysis the glucosinolate into isothiocyanates.
Metabolism and Biosynthesis
The vegetables that belong to the Cruciferae family are in the botanical order Capparapes which also include the Brassicas genus. The chemopreventative effect of these cruciferous vegetables is thought to be partially due to their relatively high content of glucosinolate which differentiates them from the other vegetables.
Cruciferous vegetables include the Brassica genus, which incorporates cabbage, kale, broccoli, cauliflower, Brussels sprouts, kohlrabi, rape, black and brown mustard, and root crops like turnips and rutabagas (swedes) 5. The glucosinolate content of plants depends on the variability, cultivation, climate and agronomic factors related to plant growth, and therefore the levels vary between the parts of the precise plant6; for instance, indole glucosinolate is abundant in young shoots and growing leaves7.

These were all about isothiocyanates and Thiochloroformate and the health benefits that you get by consuming it.

This entry was posted on March, 18, 2020 at 12 : 29 pm and is filed under Chemical. You can follow any responses to this entry through the RSS 2.0 feed. You can leave a response from your own site.